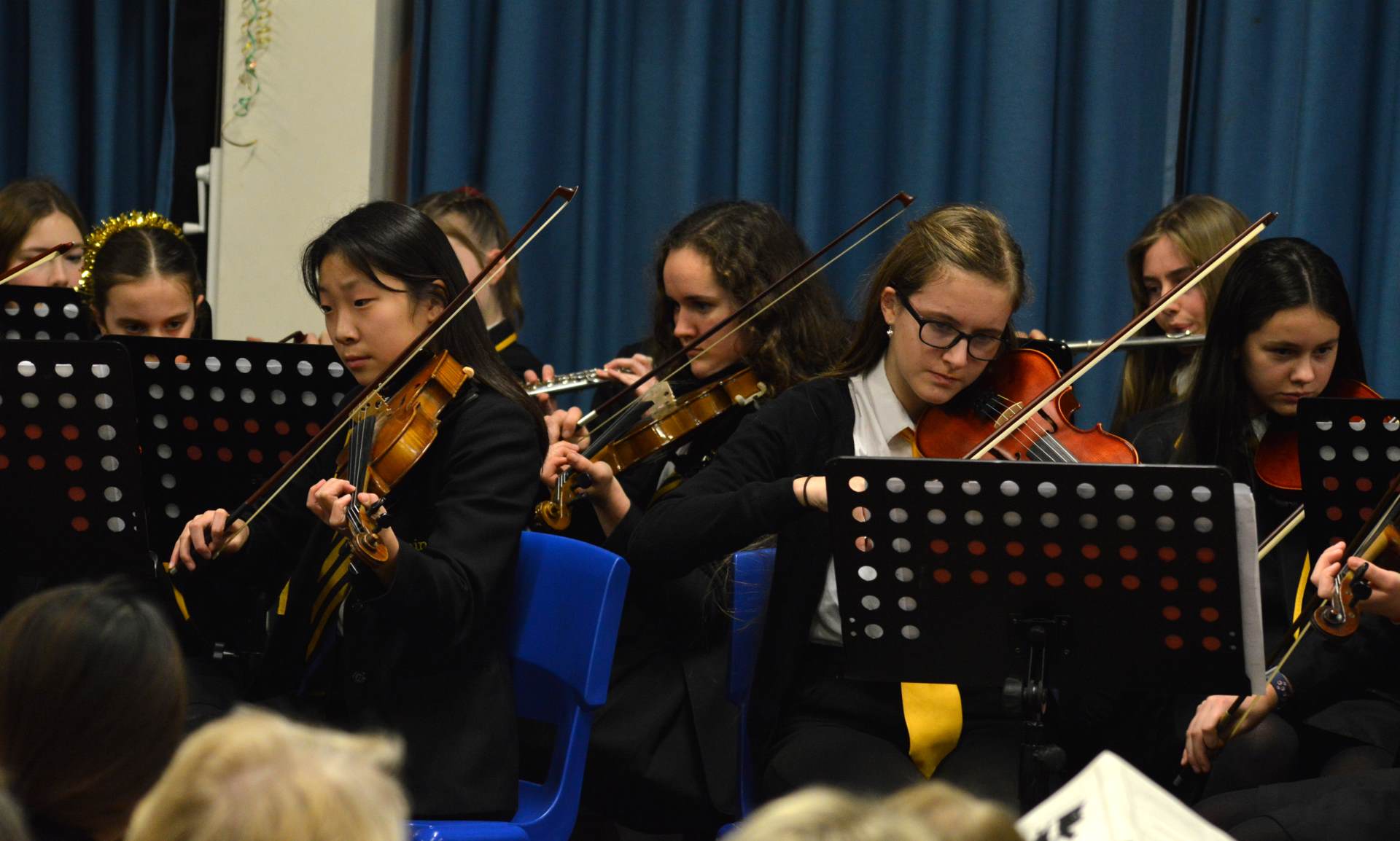 The music course is designed to develop the students' musical skills and to become more confident in their performing abilities. In year 7, students will start with a singing project, looking at how to effectively use their vocal cords and develop their singing technique. Then the students will study how to read music and then transfer that skill into playing melodies on the keyboard. They also develop their understanding of rhythms to be able to perform accurately. Students will also learn about instruments of the orchestra as well as understanding how to change a piece of music using variation techniques. In the first project using the apple macs with 'Garage Band' software, they will become aware of programme music (music that tells a story) recognising the influences of 19th Century musicians and being able to compose their own music to portray a scene/object.   They are also introduced to world music by learning about West African culture and drumming. 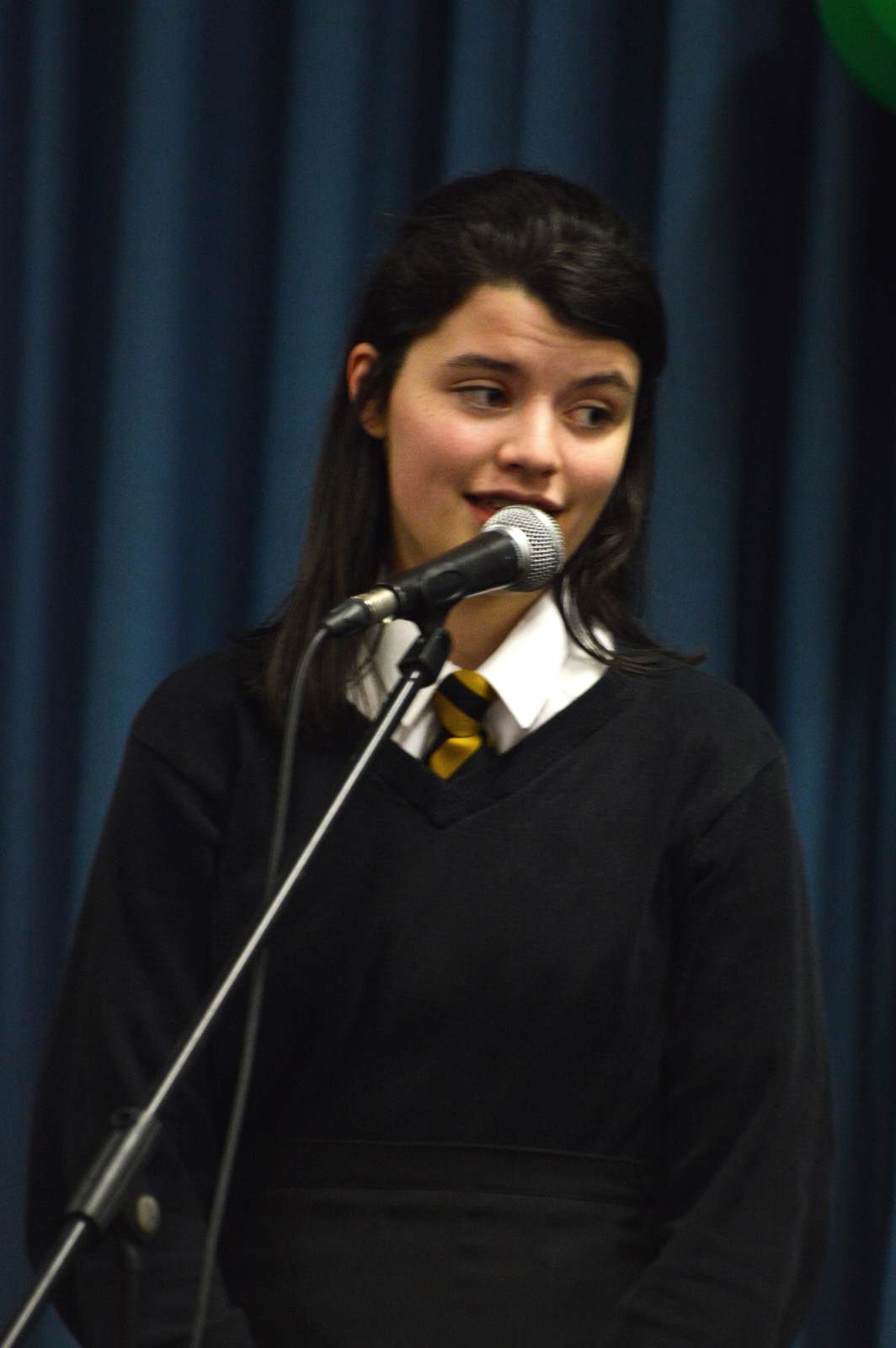 In year 8, students learn about major and minor tonality and the use of sharps and flats. They use this to compose a piece of music in D major or D minor. They learn to play the guitar which then leads into a musical futures project of creating their own bands. The students study musicals and compose their own versions on the macs. In the summer term they perform music in the style of the blues and become aware of the huge impact the blues has had on the music of today.

In year 9, students complete a second rock band project which has a range of pieces to select from and technically more difficult to play whilst still continuing to develop their ensemble skills. They will study film music, recognising the contributions of major composers to film music, gaining an understanding of the techniques used and composing their own music to fit the trailer for the latest James Bond film – No Time To Die.  Students will develop their reading ability of music by learning about the bass clef, what instruments/voices uses this clef and the important bass lines that are used in a range of styles. They will study video game music looking at how music has to change throughout the game to suit the different scenarios and compose their own character’s themes.  They will gain a greater understanding of how composers work with directors. Finally, students will continue their world music journey by learning about Samba from Brazil, recognising the main characteristics and different instruments. 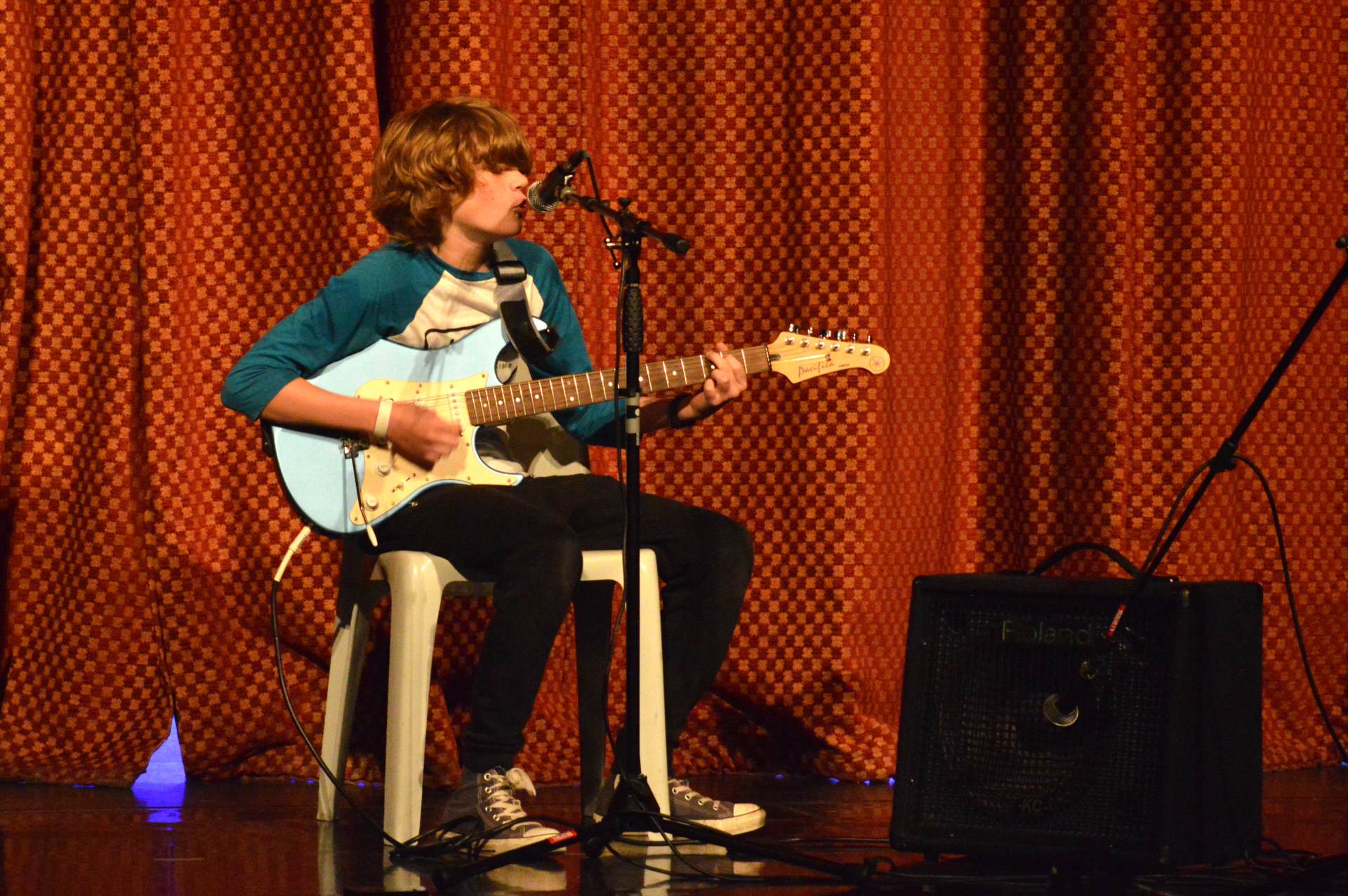 The department consistently achieves successful results at Key Stage 4. We are currently following the OCR board. The course is divided into three main areas; performing, composing, and studying the history and theory to be able to complete the listening paper (listening & appraising).

In year 10, students will complete three solo performances to develop their experience and confidence. They will complete a composing course in the autumn term before starting their first piece of coursework which will be completed by the end of the year. They will study theory which will compliment their development of composing skills and help them with the listening paper.  They will also study various styles of music, such as the conventions of pop (Rock n Roll of the 1950s & 60s, Rock Anthems 1970s & 80s, Pop Ballads 1970s, 80s, & 90s, Solo Artists from 1990 to current), the development of the concerto (Baroque period solo & concerto grosso, Classical and Romantic concerto), and film music (music written specifically for the film, the use of classical music in a film and video game music).

In year 11, students complete their solo performance exam and prepare for their ensemble performance to be completed later on in the year. They complete a second composition which will be based on the brief sent by the exam board and finish off the course by studying rhythms from certain areas of the world. During their studies, they will continue to focus on developing their skills on their instrument/voice.

We offer a wide range of instrumental and vocal lessons; brass, strings, woodwind, percussion, acoustic and electric guitar, piano, and vocals. We are lucky at Crispin in that the governors subsidise the lessons which allows them to become more accessible.

The full school choir has over one-hundred students, whilst also having a senior choir branch and an orchestra of thirty-five students. From this, we also have smaller ensembles; a string group and a woodwind group who rehearse on different days. We're delighted to have a strong tradition of students forming their own bands and using the facilities to rehearse. There are many events and opportunities for the students to perform, including; a Carol Service held at Wells Cathedral, joint Christmas Concert with Brookside Primary School, Carol singing at Clark's Village raising money for charity, performing at local residential care homes, Spring Concert normally held in May, and the performing arts show in Strode Theatre in July. The students are given many opportunities to experience live music such as regular trips to the Royal Albert Hall, Bristol Hippodrome, and the Colston Hall as well as many other events throughout the year. 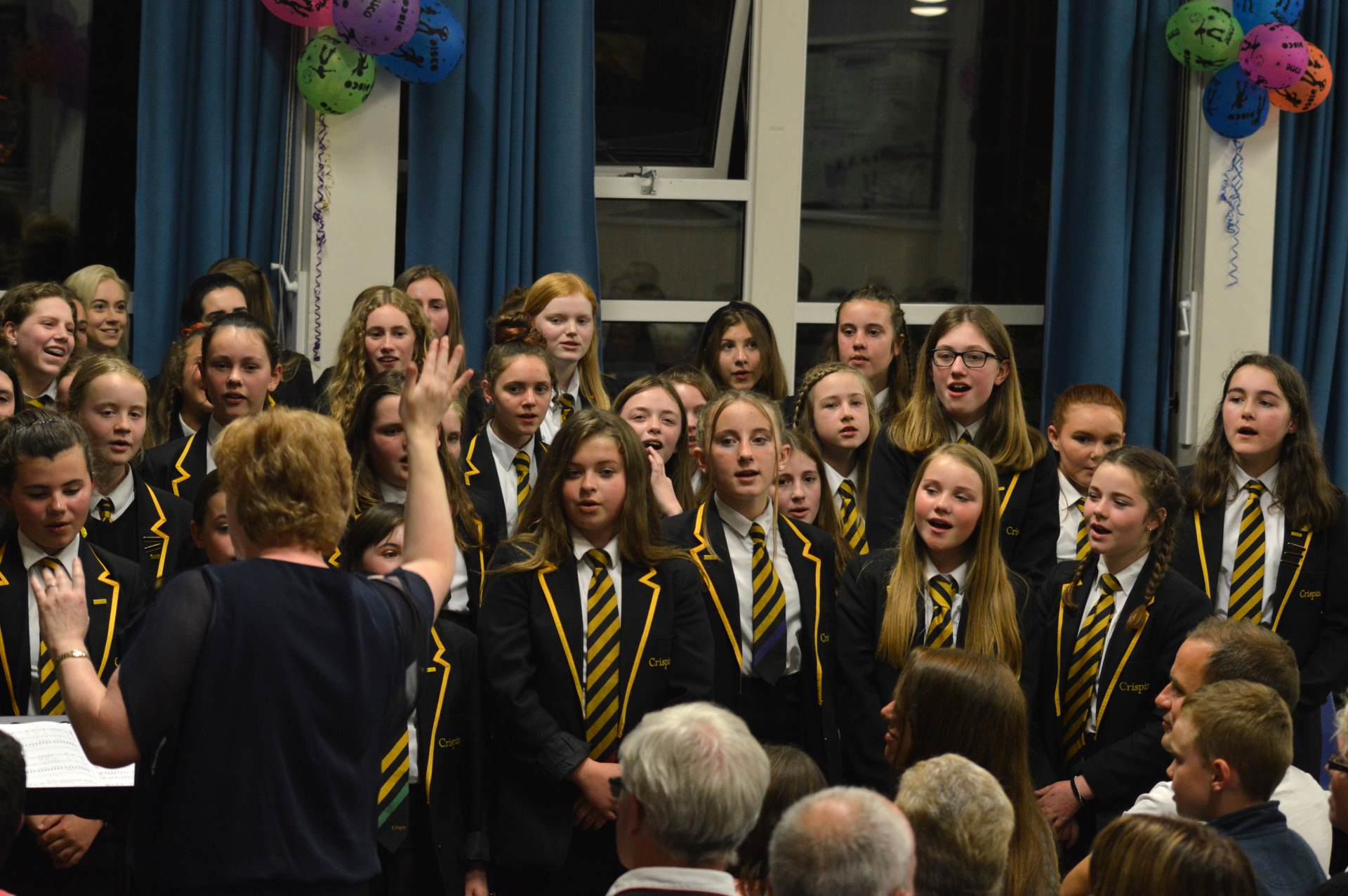